Full FAA Type Certification for Fancraft closer than ever 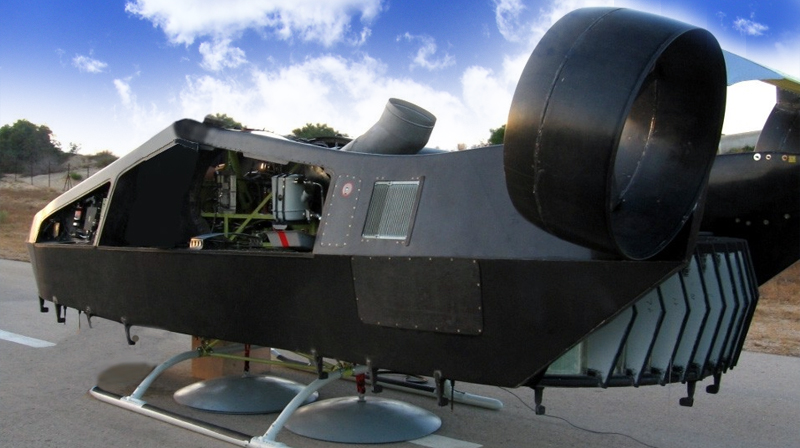 On May 23rd 2017, following a successful visit by the Quebec economic delegation to Israel, Urban Aeronautics and Certification Center Canada (3C) signed a Memorandum of Understanding in the presence of the Honorable Phillip Couillard, Premier of Quebec, and the Honorable Dominique Anglade, Quebec’s Minister of Economy, Science and Innovation, to explore opportunities for Fancraft™ for the Canadian market.

Urban Aeronautics is developing a family of unique vertical takeoff and landing (VTOL) aircraft, with no external rotors, known as Fancraft™. The company has invested over 15 years in developing their revolutionary aerial vehicles in accordance with existing FAA design requirements (FAA Part 27 and Part 29).

3C is the only Design Approval Organization (DAO) approved by Transport Canada for the commercial conduct of fixed-wing and helicopter airworthiness certification programs, for both Canadian and FAA certifications.

3C and Urban Aeronautics are exploring work-share allocations for the procurement and production of Fancraft™ components and systems in Quebec. In addition, Urban Aeronautics has the intention of appointing 3C as the certification focal point for the Transport Canada and FAA Part 27 and Part 29 airworthiness and production certifications for the Fancraft™.

Due to their compact footprint, high payload, all-weather capability and lack of external rotors of any kind, Fancraft™ can access locations that are inaccessible to conventional helicopters and perform a variety of transportation and emergency response missions such as air-taxi and air MedEvac. These qualities make them ideal for Canada’s rugged landscape as well as intra-urban operations.

Urban Aeronautics and 3C share a common understanding that while innovative aircraft designs may offer revolutionary capabilities, they must still meet or exceed all of the safety and certification criteria that apply to conventional aircraft. Dr. Rafi Yoeli, President, and CEO of Urban Aeronautics explains, “The key to successful, revolutionary innovation in aerospace is to be able to make the technological leap without abandoning the accumulated wisdom of 100 years of aerospace development. There are no shortcuts. You can reach for the stars, but you need to keep your feet firmly planted on the ground.”

Dr. John Maris, President of 3C, and past Chairman of the Aerospace Industries Association of Canada, couldn’t agree more, “As an aerospace entrepreneur who has spent many years evaluating both fixed wing and rotary wing aircraft for certification, when Rafi introduced me to Urban’s Fancraft™technology, I immediately recognized that we speak the same language. Urban’s impressive team of experienced engineers have developed a revolutionary family of aircraft with groundbreaking capabilities but they have done so with a deep understanding of what it takes to meet the rigorous safety standards necessary for commercial aviation.”

“We are extremely pleased to be partnering with 3C and to benefit from John’s extraordinary experience in the aerospace industry”, says Dr. Yoeli, “It’s not often that you come across someone with a background as a test pilot and program manager, academic research and aerospace entrepreneurship who is also an extremely experienced regulatory agency Design Approval Representative (DAR 305). We look forward to working with John and 3C to ensure that Fancraft™ meet the certification requirements for commercial distribution in Canada and beyond. We couldn’t be in better hands.”

Dr. Denis Faubert of the Consortium for Research and Innovation in Aerospace in Quebec (CRIAQ) said,”I see significant potential within the Quebec industrial base to partner in the development of Fancraft™ technology and generate economic benefits. We will work with our industrial and research partners to support 3C and Urban Aeronautics in this exciting endeavor”.

Certification Center Canada (3C) is an independent flight test, research, development, and certification center providing a wide range of services to the aerospace community in Canada and around the world.
Founded in 2016 and headquartered on the outskirts of Montreal — one of the largest aerospace centers in the world — 3C provides a Canada-wide centralized resource with proven management, tools, and methods to undertake civil and military aerospace projects requiring flight test and certification. For more information visit www.certcentercanada.com.