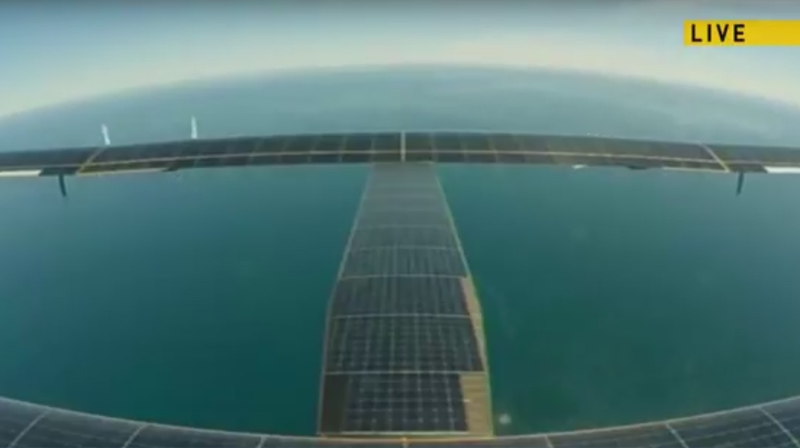 Swiss psychiatrist and balloonist Bertrand Piccard took off this morning from New York, in the first attempt to get a solar-powered plane across the Atlantic Ocean. The flight will be the first transatlantic solar and electric crossing with zero fuel and zero emissions.

The flight will last between 90 hours to 110 hours, representing the longest distance The Solar Impulse 2 will have to fly this year.

The solar-powered plane has so far completed 14 legs of the journey, starting with a flight from Abu Dhabi, United Arab Emirates, and finally reaching the United States, after several stops in Asia.

The plane is built with a wingspan wider than a Boeing 747, the weight of a family car, with the average speed of about 75 km/h, and is the largest aircraft ever built with such a low weight. Solar Impulse 2 is not the first solar airplane, but it is the first to fly day and night, without any fuel.

The Solar Impulse 2 team eventually plans to return to the Middle East by late summer, completing a 43,000-kilometer world trip.

Update, 26 July: 500+ days after its initial departure, Solar Impulse touched down in Abu Dhabi on Monday, becoming the first zero-fuel aircraft in history to fly around the globe.